Quantum embarrassment and all the fun of the festival

I have an embarrassing confession.

I’m not a particle physics expert. And  – please bear with me, this isn’t easy – I find quantum theory confusing. Shameful, I know. And I call myself a science blogger.

How dare I laugh at Quantum University (aka @iquim)? How dare I dismiss Lynne McTaggart’s The Field? 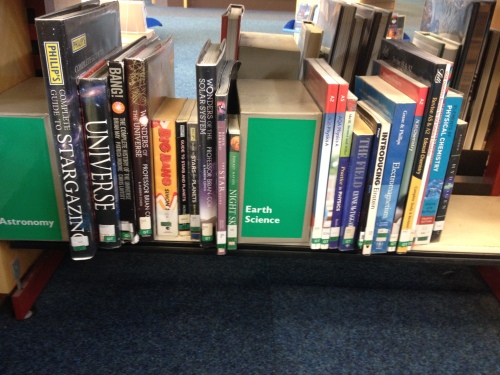 I have the gall to snigger when McTaggart discusses electrons breaking their legs while skiing (2 minutes 30). And then howl with laughter when, two minutes later, she claims that cells communicate by frequency in the nether region.

I have the audacity to just assume God Particle 4U’s claims are nonsense. Who am I to say that old and worn out bits of the LHC aren’t really emitting a special kind of healing energy..?

Well, firstly, while I acknowledge my lack of expertise, I’m not completely clueless. And I’m keen to learn. I’ve even survived a couple of bouts of higgsteria – the worst one, in summer 2012, was so severe I found myself dragging the family to CERN during the only hot weather we had all year.

There’s no need to be shocked. They don’t make you do an exam at the end of your visit. The Universe of Particles exhibition was fantastic (partly because it was in a dark, air conditioned building). 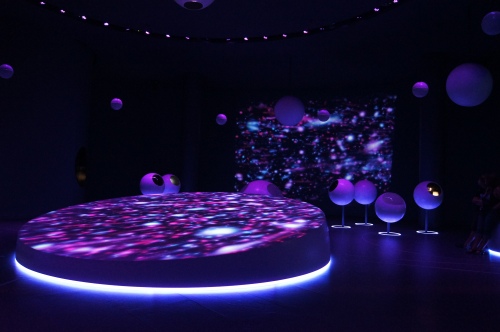 And Microcosm was inspiring and educational, with plenty of hands-on exhibits to appeal to all – though difficult to fully appreciate when suffering from heat exhaustion.

I think any chance to experience free, public science exhibitions and events should be taken. Not only that, but you should also try to persuade whoever you can to go with you.

There were no weather problems at Manchester Science Festival yesterday. I took a friend who is in the habit of making mind boggling conversation about difficult topics such as quantum theory and the early universe. I do try to contribute but inventive waffle about electrons on skis won’t impress this man. On a good day, I can recommend a decent book or a relevant link. On a bad day, I don’t even understand his questions and find myself in a meditative trance, staring into the distance while he talks to himself. Yesterday, my companion finally found someone he could properly talk to about physics, making the Understanding the Higgs Boson session my highlight of the entire Festival so far. And because of well planned and engaging demos and the talents of the volunteers, the same event was enjoyed by young children.

I’ve been along to the Festival for the last two years and I believe one of the great strengths is the way it appeals to everyone. Not only is there a huge range of events across and around the city, but many of these can be enjoyed on different levels. For example, the Flash Bang Show and Louder Than Bombs are memorable and fun – not a challenging learning experience, but a good day out. If you learn something about chemistry or thermodynamics along the way then so much the better.

Similarly, Science Spectacular, billed as a whistle-stop tour of research at the University of Manchester, is great for everyone. There is a huge variety of things to see, tons of cool stuff and fun demonstrations. And what’s more, you get to talk to real scientists who are carrying out real research. Although any table giving away sweets or with intriguing looking equipment can be frustratingly busy, delights can be found where you least expect them. Mummy and Daddy can talk to the scientists about what we can learn about ourselves by studying Drosophila. Meanwhile, the kids want to know how you look after the flies and wonder if they would be allowed to keep some as pets.

If you can make it along to the Festival, or to similar events in your local area, it’s well worth making the effort. Support them, engage with them, take the children, take your parents. Don’t be scared of science and don’t be ashamed of what you don’t know.

This entry was posted in All and tagged Higgs boson, iquim, Lynne McTaggart, Manchester Science Festival, Quantum University, The Field, WDDTY, What Doctors Don't Tell You. Bookmark the permalink.