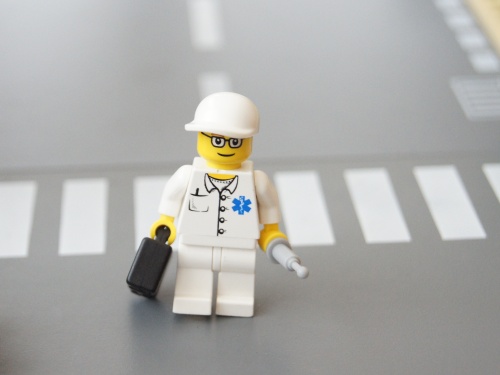 A worrying number of alternative health practitioners, all absent from the GMC’s List of Registered Practitioners, continue to enhance their credibility by using the title ‘Dr’.

These ‘doctors’ often carry out unregulated clinical tests and treatments which lack robust evidence to support them. Indeed, many such procedures even lack a plausible mechanism of action.

Some practitioners believe they are able to cure cancer. Some offer to treat autism. Some diagnose ‘invisible illnesses’ not recognised by conventional medicine. In many cases, the tests and therapies provided are not only a waste of time and money, they could also be harmful to consumers.

The Committee of Advertising Practice (CAP) state here that advertisers wanting to refer to themselves as ‘Dr’, ‘a doctor’ (or any other similar term) should take care not to imply that they hold a general medical qualification if they do not. They also point out that practitioners of alternative therapies such as Traditional Chinese Medicine should not use the term ‘Dr’ unless they hold a general medical qualification.

In 2007, Gillian McKeith stopped using the title ‘Dr’ following a complaint to the ASA. This is a woman who believes that chlorophyll has a cleansing and healing effect on the liver and that the tongue provides a window to the inner workings of the body. She has no medical qualification but instead holds a PhD from a very questionable, now defunct institution.

You may also remember the ‘multi-talented author’ and Reiki Master, Allan Sweeney from his early appearance in the ASA’s Hall of Shame. Although Sweeney stopped calling himself ‘Dr’ after being ‘exposed’ as long ago as 2001 (ASA adjudication here), he continued to imply he could cure a range of conditions (including cancer), leading to a further ASA adjudication in July 2011. His subsequent appearance in the Hall of Shame prompted me to report him to Trading Standards under the Cancer Act. The offending Reiki Healing site has since disappeared.

The ASA have even upheld a complaint relating to the use of the title ‘Dr’ in a company name. Although ‘Dr’ Batra had been practising homeopathy for over thirty years and had trademarked the name in some parts of the world, he did not produce evidence that he holds a general medical qualification.

Although the ASA can and do take action against such ‘doctors’, many are able to slip through the net. Due to an unmanageable number of alternative health complaints, the ASA failed to complete their investigation into ‘Dr’ Stephen Ferguson. As is evident from some of the comments here he continues to mislead the public.

I don’t have time to discuss ‘Dr’ Ferguson’s truly astonishing CV here and urge you to read more on his website. In his defence, it’s blatantly obvious that he doesn’t hold a general medical qualification, though he has somehow found the time to amass no less than three PhDs (Holistic Nutrition, Nutritional Science and Neurolinguistic Programming/Clinical Hypnotherapy). ‘Dr’ Ferguson also claims to have cured himself of hypertension, arthritis, asthma, knee pain, migraines, back problems, gastroenteritis, shoulder problems, eczema and obesity.

‘Dr’ Enid boasts that she has appeared on BBC radio many times talking about various health issues as their regular “expert”. She practises at the Taymount Clinic, which offers scientifically sound procedures. These include Hopi Ear Candling and Colonic Hydrotherapy – both of which are far from scientifically sound (see here and here if you don’t believe me).

Dr Gloria Gilbère is a traditional naturopath, homeopath and ‘doctor of natural health’. She uses discredited methods such as Live Blood Analysis, and IgG tests to diagnose conditions such as ‘leaky gut’ syndrome (which is not recognised by the medical profession). A leading voice in ‘wholistic rejuvenation‘, Gilbère has authored eleven books and claims to have assisted thousands with so-called ‘invisible illnesses’.

Dr Ruben Bartolo, who is registered with the Health Profession Council and the Indian Board of Alternative Medicines has worked in the NHS and has nineteen years of clinical experience. He almost certainly never obtained a general medical qualification, but has a background in occupational therapy and naturopathy.

The types of treatments he provides are varied. I find it particularly worrying that ‘Children’s Health’ is listed:

Bartolo’s methods are also diverse, including some therapies so obscure that I’d never come across them before – such as homotoxicology, PRM and gemmotherapy.

I haven’t had to go out of my way to find these examples and am certain that there are lots more out there. If you spot a ‘dodgy doctor’, please get in touch or add a comment below. You could also report the site to the ASA.